The Traveller – a novel by by Garrett Addison 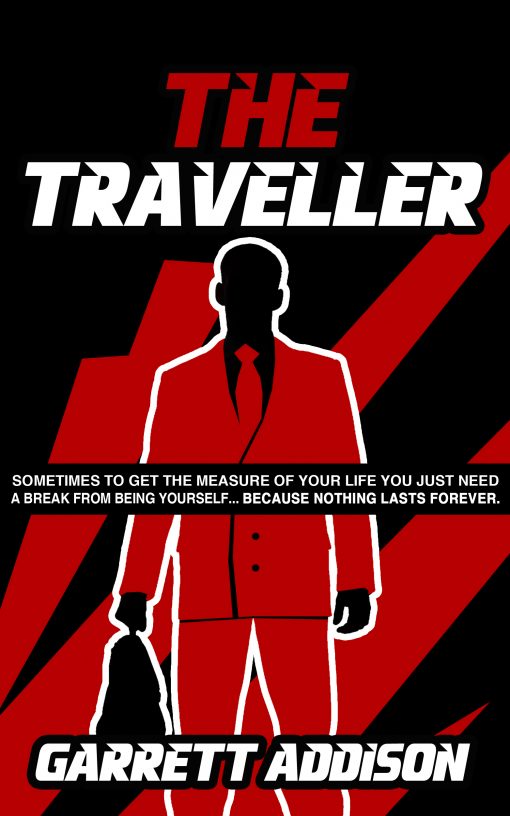 Sometimes to get the measure of your life you just need a break from being yourself.

Enter the world of an unnamed family man struggling in his pursuit of a work/life balance. Too much travel at the whims of his tyrannical boss, known variously as Stalin and ‘the Anti-Christ’, has left him failing at work and at home, but after his wife prophetically warns that his next trip will be different, he is suddenly a world apart from his usual self. Confident, capable and unafraid of his manager, opportunities abound as he embraces his altered state away from home.

What begins as a quest to reclaim his career and satisfy his ego and soon descends into the pursuit for revenge on his boss. With nothing but success in his wake and seemingly limitless potential at his disposal, it’s only fitting when he is coerced to work with his nemesis in a remote corner of the world. It’s more than just a chance to get even after years of abuse, more than the opportunity for a confrontation; a final solution to what he sees as the bane of his life is on offer. What could possibly go wrong when he’s in his prime? Succeed or fail, either way this trip will be the making of him or the end of him.

Sometimes to get the measure of your life you just need a break from being yourself … because nothing lasts forever.